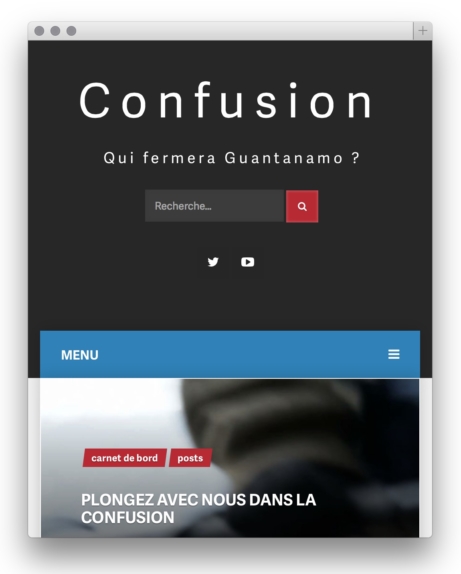 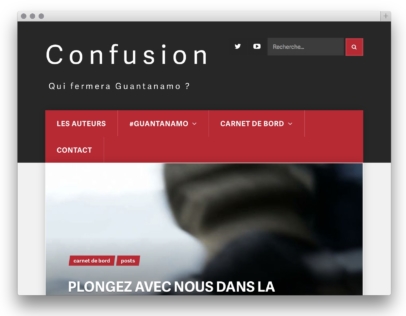 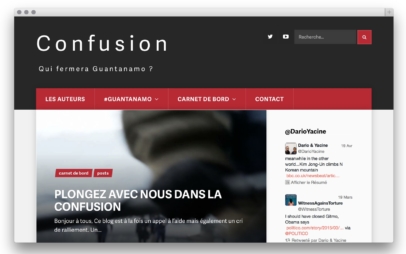 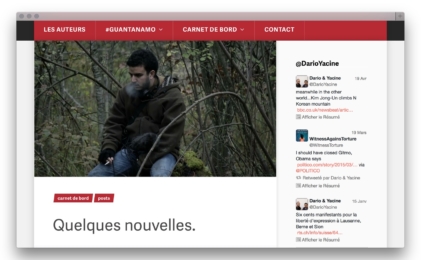 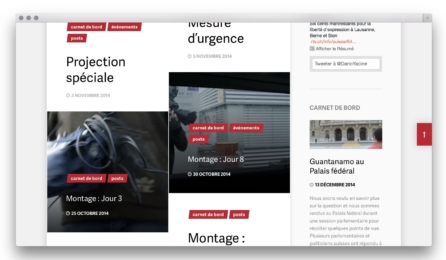 A website for Confusion, a feature film directed by Laurent Nègre, produced by Bord Cadre Films.

The movie is a “mockumentary”, where two film students follow a Swiss politician, on the day she welcomes an ex-detainee from Guantanamo.

The website is part of the fictional plot – it is presented as a blog maintained by the movie’s protagonists, and has been used during the launch of the film.

Built with WordPress, developed as a custom child-theme based on Newsmaker (by Taras Dashkevych).