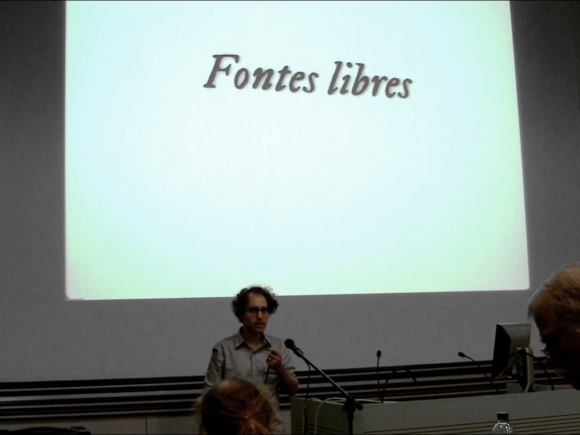 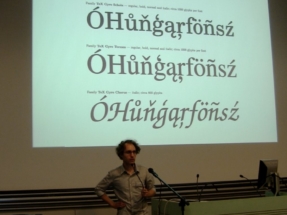 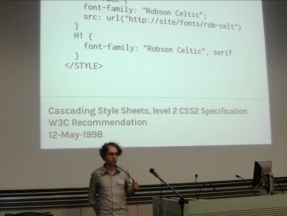 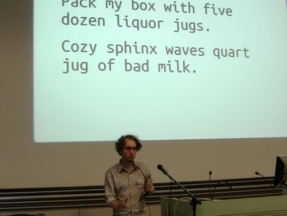 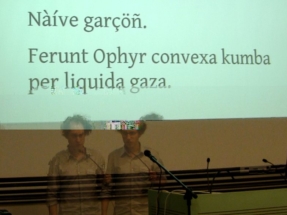 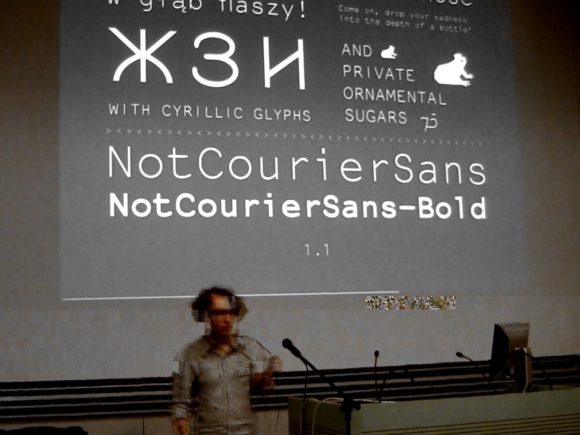 On July 9th 2012, I had the chance to give a talk about the libre/open source typography ecosystem, from the point of view of a print and web designer, at the RMLL meeting in the Geneva, at the invitation of Ale Rimoldi from the Scribus team.

It was also a great occasion to meet with active promoters of FLOSS graphic design, such as Cédric Gémy (Afgral), Dimitri Robert (Libres à vous) and Pierrick Brunet (Scribus GSOC student), and to get a peek into the upcoming Scribus 1.6 (with support for footnotes, placed images, and much more!)… and even to get the hands dirty in some Scribus/python scripting workshops.

Update (27.05.2013) – the video is online and can be viewed here:
http://video.rmll.info/videos/typographie-libre-de-lecran-a-limprime/